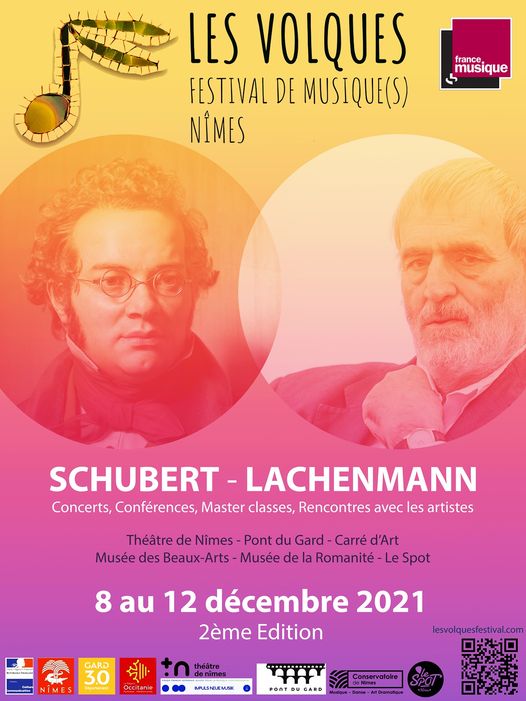 ​Tara will be performing in Nimes, France at the second annual Les Volques Festival on Sunday, December 17th. The selections of Schubert and Lachenmann will be live streamed on Radio France. www.francemusique.fr/evenements/les-volques-festival-de-musique-s-nimes-2nd-edition-du-8-au-12-decembre-2021?fbclid=IwAR3vBxOv7s5POPMIJCSZzhL8Qq3WQoa146kyJoa7oRBLVWGjOUdJNESg-Qo 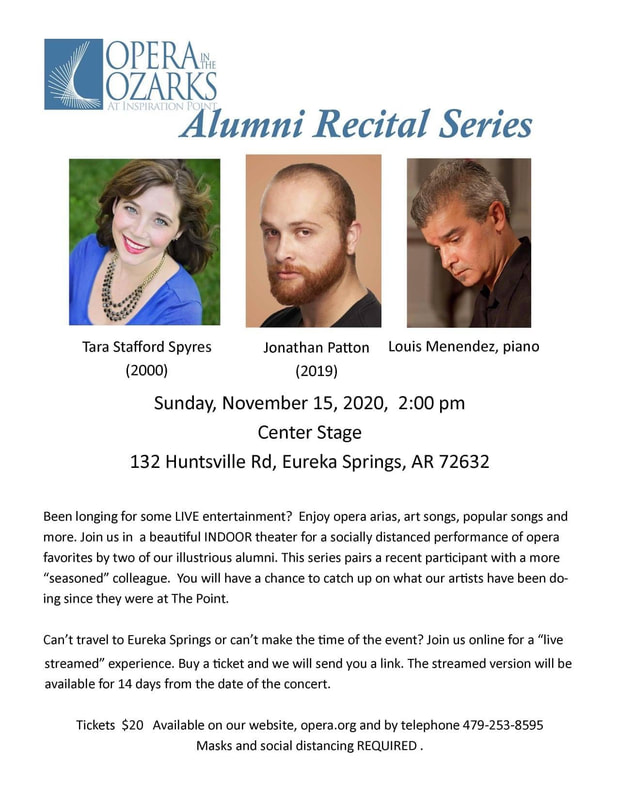 Tara will be performing in the alumni recital series of Opera in the Ozarks on November 15th in Eureka Springs, Arkansas. The recital will be available online as well. Please follow the link for more information. https://opera.org/.
​

Tara will be joining the SRO's 40th Anniversary season the the Gala Concert on August 16 and will be singing the role of Nedda in the Spring production of Pagliacci. 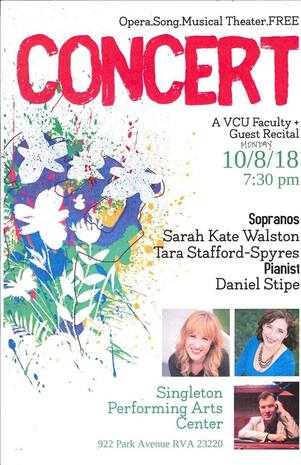 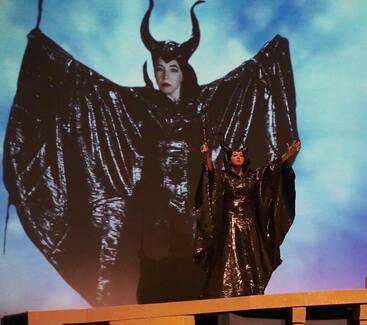 Tara as die Königin der Nacht
Love... magic... destiny. Springfield Regional Opera presents a fairy tale for young and old, Mozart's "The Magic Flute", Friday and Saturday April 13 and 14 at 7:30pm at the Gillioz Theatre, 325 Park Central East. Once upon a time, a prince awoke to find himself lost in a dark, scary enchanted forest full of mysterious sounds. How did he get there and how would he get home? And so begins "The Magic Flute," one of Mozart’s last works, which premiered just three months before the composer's untimely death. SRO's fully staged and orchestrated production of "Magic Flute" features Sean Spyres at Tamino; Andrew Curtis as Pagageno; Tara Stafford-Spyres as the Queen of the Night; Sarah Walston as Pamina; and Ben Wager as Sarastro. 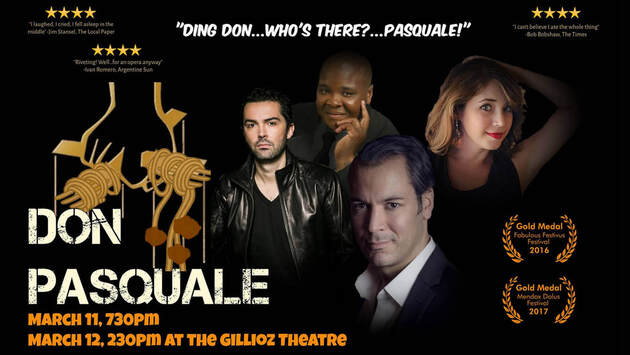 "Don Pasquale" features local and international talent. Philadelphia-based singer, bass Ben Wager, returns to SROpera to sing the title role a year after he made his debut in The Marriage of Figaro. Tenor John Irvin, who will be making his SROpera debut months before his Covent Garden and Met Opera debut, rounds out the small cast along with nationally and internationally known performers baritone Todd Payne, and soprano Tara Stafford-Spyres. Music director Christopher Koch conducts the SRO orchestra.
The theme from the Godfather is borrowed from Don Pasquale so director Sean Spyres has set the production in Italy in the late 1960s, early 1970s with the help of designers Byrne Blackwood and David Smith. It's an opera...you can't refuse. 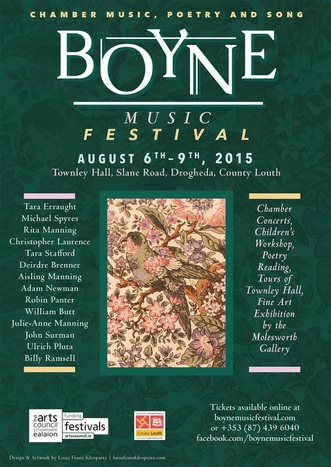 Tara is excited to be joining the Boyne Music festival in Drogheda, Ireland. She will be singing solos and duets by Chausson, Berlioz, Saint Saens, and Massenet. See more details about other artists and events at the Festival website:
http://boynemusicfestival.com 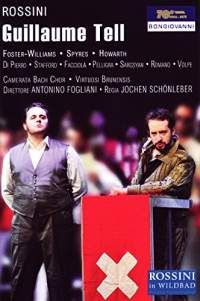 The DVD of Guillaume Tell on which Tara sings the role of Jemmy was released on June 22 and has had some favorable reviews! Find the DVD at:
http://www.amazon.com/Rossini-Guillaume-Tell-Michael-Spyres/dp/B00V8945F8/ref=sr_1_fkmr0_2?ie=UTF8&qid=1436535054&sr=8-2-fkmr0&keywords=guillaume+tell+dvd+wildbad 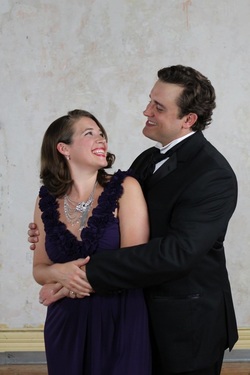 There will be cds available for purchase and signing after the concert.
Thrill to music of Verdi, Bellini, Bizet, as well as the great songs associated with Lanza and Grayson.This concert is free of charge, but free will donations happily accepted to benefit the Bishop Perry Center. 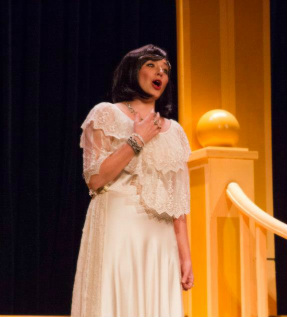 A great review of the Guillaume Tell CD
http://www.voix-des-arts.com/2015/03/cd-review-gioachino-rossini-guillaume.html?m=1
"Tell’s son Jemmy is sung with contrasting sweetness and piquancy by soprano Tara Stafford, who off the stage is the wife of this performance’s Arnold. Jemmy’s air in Act Three, ‘Ah, que ton âme se rassure,’ has often fallen victim to the heinous cuts imposed on Guillaume Tell, but Ms. Stafford justifies its inclusion in this complete-and-then-some performance by singing it winningly. Tell’s wife Hedwige receives from mezzo-soprano Alessandra Volpe a portrayal of integrity and plush vocalism. In reality, her luxurious singing makes the character seem more important than her music suggests that Rossini thought her to be. Ms. Volpe’s voicing of Hedwige’s lines in the Act Four trio with her son and Mathilde, ‘Je rends à votre amour,’ is lovely, but her phrasing of the Prière (also in Act Four), 'Toi, qui du faible est l'espérance,' is stirring. She and Ms. Stafford make an appealing wife and son of whom any Tell would be both protective and proud."


The live recording of Guillaume Tell from the Bad Wildbad Rossini Festival is available from Naxos!

Tara  will join the Rossini in Wildbad festival in Bad Wildbad, Germany, singing the role of Jemmy in their production of Guillaume Tell. It will be the most complete version of the opera ever performed. The title role will be sung by Andrew Foster Williams, Arnold Melchtal by Michael Spyres, Mathilde by Judith Howarth, Hedwige by Silvia Beltrami, Melchtal/Walter Furst by Nahuel Di Pierro, and Gessler by Raffaele Facciolà. Conductor Antonio Fogliani is the musical director, with staging by festival director, Jochen Schönleber.
Performances
Saturday 7/13 - 3pm
Tuesday 7/16 - 4:40pm
Thursday 7/18 - 3pm
Sunday 7/21 - 3pm

For more information please visit the Rossini in Wildbad Website.

"Soprano Tara Stafford-Spyres, the Mimi of SRO’s 2011 “La Boheme,” embodies a very different consumptive heroine here. Violetta changes greatly throughout the course of the opera, as do her vocal requirements. As Act I’s self-assured queen of the demimonde, the soprano negotiates “Ah fors’e lui” and “Sempre libera” with impressive ease, rising to an ecstatic top note that conveys the heroine’s passionate nature.

Her downward trajectory is limned in moments both dramatic (“Amami, Alfredo, amami quant’io t’amo!”) and poignant (“Addio del passato”). Stafford-Spyres’ warm vibrato is used to good effect in the latter number, making me wish she had been allowed both verses."